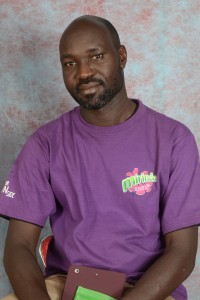 Chole Richard is a teacher at PMM Girl’s School in Jinja, Uganda, and has participated in Adobe Youth Voices through network partner iEARN. His stewardship and outreach on behalf of youth media makers brings people in the community hope and tools of empowerment.

“The idea of having an audience that appreciates what they do has a magical effect on young people, which gives them confidence to express themselves more freely.  Perhaps many of the world’s problems would be solved if we listened to what young people have to say.” – Chole Richard

The way Chole has seeded and spread media making in Uganda is inspiring to behold.  He fosters leadership by providing youth with lots of opportunities to talk about their work and train others. Projects build one upon another and the youth learners take the lead in inspiring and training the next cohort of youth artists. This allows Chole to find new partners and additional funding to sustain their media work. Moreover, the youth and the stories they are telling concern the most under-served and marginalized youth.

Exhibition has always been a focus, not only as a means to spread the youth artists’ message, but also to provide opportunities for them to share their work and be leaders in their community. By exhibiting their work to many different audiences, the PMM Girls’ School was introduced to and began a lasting partnership with St. Francis Health Care Services, wherein youth learners are collaborating on media pieces that share the stories of orphans living with HIV.

To see the “create with purpose” philosophy take root among youth and educators Chole works with has been proof of concept that young people, no matter their circumstances, have the power to transform themselves and their communities through digital storytelling.

This interview with Chole is part of our series of stories honoring Adobe Youth Voices Creative Educator awardees.  He is also featured in the Adobe Youth Voices app, which shares the inspiring stories of youth and educators over the nine years of AYV.  It’s available for download now (Apple or Droid).

What have been some of your most thrilling moments in media making? 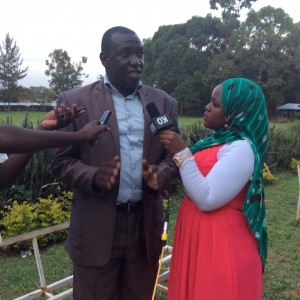 Ever since its first major project in 2010, the PMM Girls’ AYV Site has been reaching out to its targeted audience and general community. These exhibitions inspire people – changing lives, creating partners, and helping build the learners’ experiences both individually and collectively. This first project, A Fact File of Child Abuse, was the brainchild of Bukirwa Rhamulah, a young woman who enthusiastically ran with Adobe Youth Voices and never looked back.

As a relentless mobilizer and the lead media editor of her teammates, she was instrumental in attaining the AYV Award nominee status for their media, A Voice for Orphans. I had great confidence that she would qualify in the very competitive Adobe Creative Scholarship, yet the news she was among the pioneer scholarship awardees made me extremely excited. It was a most deserved award.

Living Positively with HIV was PMM Girls’ second major project. It featured Kemigisha Jackie, a strong advocate for the rights and interests of young people living with HIV/AIDS. Youth presented these films during the World Teachers’ Day celebrations in Kampala in 2010, drawing teachers, government officials, and even the President of the Republic of Uganda!

What story of change do you want to share?

An opportunity to present at the Rotary Club of Jinja proved a major turning point for the AYV site of PMM Girls’ School: A Rotarian donated money for a tripod stand, and a volunteer with St. Francis Health Care Services offered a camera and a chance for our AYV learners to be a source of inspiration to the vulnerable youths supported by St. Francis Health Care Services. These youths are either HIV Positive or orphans, or both, and many therefore are fighting stigma. Some find themselves inhibited and shy away from freely and publicly voicing their most felt concerns. I suggested we could do a collaborative project, give them an opportunity to realize their voices and their potential to create something purposeful, and develop testimonies of personal accomplishments to share.

The directors of St. Francis Health Care Services were impressed with the confidence of the AYV learners of PMM Girls, and they wanted to see similar change in the youths they support. We held a workshop and, at the time, the participants were inclined to address educational issues in Uganda and the rest of the world. But that has changed.  Many of them have since developed a strong desire to share their life experiences as young people living with HIV.  It’s apparent to me they needed more time to think through what touches chords in their lives.

Why do media making and creativity matter?

One youth began work on his own music entitled “The Power is in Your Hands.” He said he was inspired to make the media by Kemigisha Jackie. As a young person living with HIV who successfully completed a media project with PMM Girls, she is a particularly good role model in preaching the value of living positively. In a way our workshop marked the beginning of their belief and realization of a youth’s capacity to act, and to change not only oneself but others for the better.

“One key element, I think, to creativity, is not to feel gagged in any way.  Put away the fear to express and you give way to creative expression.”